Software Defined Networking (SDN) is one of the more interesting and forward-looking topics in networking today. And while defining just exactly what SDN is and how it is to be tangibly and gainfully leveraged is yet to be fully determined and demonstrated, it is undoubtedly the direction of the future and warrants keeping up with. Early adopters of SDN include Research and Education (where SDN started), Financial Services, and various Service Providers, including AT&T and BT who along with Microsoft and Google have collaborated to create a data model language for managing next generation packet networks called ‘Yang.’ Comcast, Verizon, and Yahoo are joining in, along with all the legacy network hardware vendors – Cisco, HP, Juniper, etc. It’s exciting times for networking!

But there are a lot of new concepts and acronyms to learn when discussing SDN. A simplified three-tier view includes vendor-independent hardware switching fabrics (at the bottom) that are managed by a centralized controller (middle) using the OpenFlow protocol (which I see is included / covered in Wireshark, for those who might want to analyze the protocol). The controller configures routes for ‘data flows’ to/from application VMs (top tier), much like the routing table entries in current hardware-based routers. There are also ‘Northbound Interfaces’ (APIs) between controllers and applications to allow customized user-written programs and network management applications to understand, monitor, and dynamically control the network environment in an automated fashion based on changing network conditions and application types / needs.

So how do we get started with SDN? SDN can reportedly be integrated on top of existing data center environments using data center ‘edge overlay fabrics’, which are based on a mesh of ‘overlay tunnels’ connecting data center devices using VXLAN tunnels (an encapsulation type). But SDN certainly isn’t a subject I am sufficiently current on - along with a lot of other folks, I think, and I doubt that many will be implementing SDN in their networks on blind faith in their vendors. I’ll likely be setting up a small test environment to investigate SDN technology in 2015, and I imagine a lot of other folks will be as well – it’s time to do some trials, self and professional education, and prepare for the next big thing in networking.

For more information, search for this topic on your favorite network vendor’s website, as well as the SDx Central website.

This is a guest post by Jim Baxter, President & Performance Analyst at PacketIQ Inc.

To learn more about SDN, download our white paper: 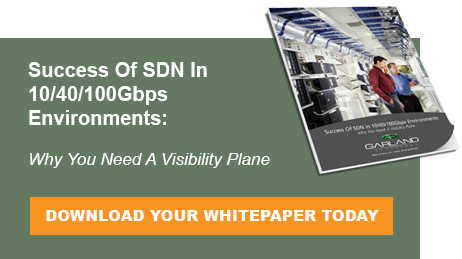