How to Analyze Traffic Before and After Your Inline Device

It’s a well known fact that financial institutions are the biggest target of data breaches, with that single sector comprising 35% of all data breaches worldwide.  With billions of dollars at stake, companies are realizing that they must take every step necessary in order to secure their critical infrastructure from a breach. Taking these extra steps to protect their network is important in order to secure confidential customer data, and protect their reputation, and bottom line in case a breach does occur.

The Impact of GDPR on Data Protection

Thanks to recent GDPR regulations, companies that control or process personal identifiable data (such as names, addresses, phone numbers, dates of birth, etc.) on EU citizens, only have 72 hours after they learn about a breach to notify data subjects.  Depending on the severity of breach, the number of affected data subjects, and the steps the company took to protect their subjects’ data, organizations can be fined up to €20 million or 4% of global annual turnover, whichever amount is higher.

With almost all financial institutions doing at least a portion of their operations online, it is very likely that they will have customers who are EU citizens, and thus fall under the previously mentioned GDPR regulations.

Use EdgeLens to See Traffic "Before and After" a WAF

That’s why it’s extremely important for banks and investment firms to take extra measures towards securing their network. And that starts with implementing Garland’s EdgeSafe™ Bypass TAPs and EdgeLens® Inline Security Packet Brokers to manage their inline appliances.

Complete network visibility is needed in order to identify where malicious web application activity is occurring on the network. While a Web Application Firewall (WAF) is capable of filtering, monitoring, and blocking HTTP traffic being sent and received from a specific web application, configuration errors can also be an issue if the WAF is not blocking traffic correctly.  So how do you overcome lack of visibility and find a way to troubleshoot your WAF? 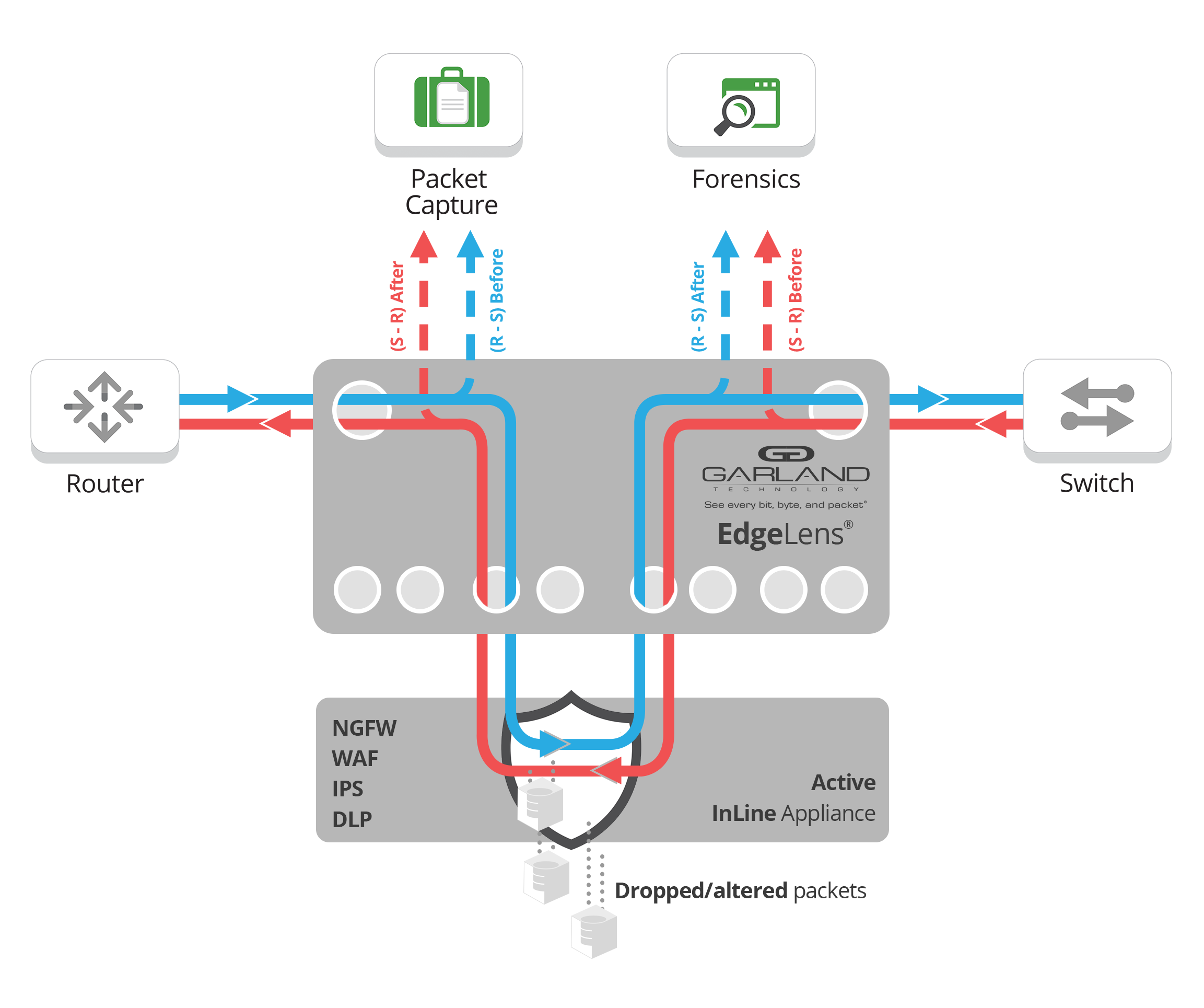 Garland’s EdgeLens® Inline Security Packet Broker transforms network security capabilities by capturing traffic both before it goes into the web application firewall, and after, sending both copies of data to performance monitoring tools, providing ultimate visibility coverage. This solution allows you to analyze your inline device to see if it is configured properly, or if it may be missing the threat.