Single Points of Failure: Understanding and Eliminating Them from Your Network 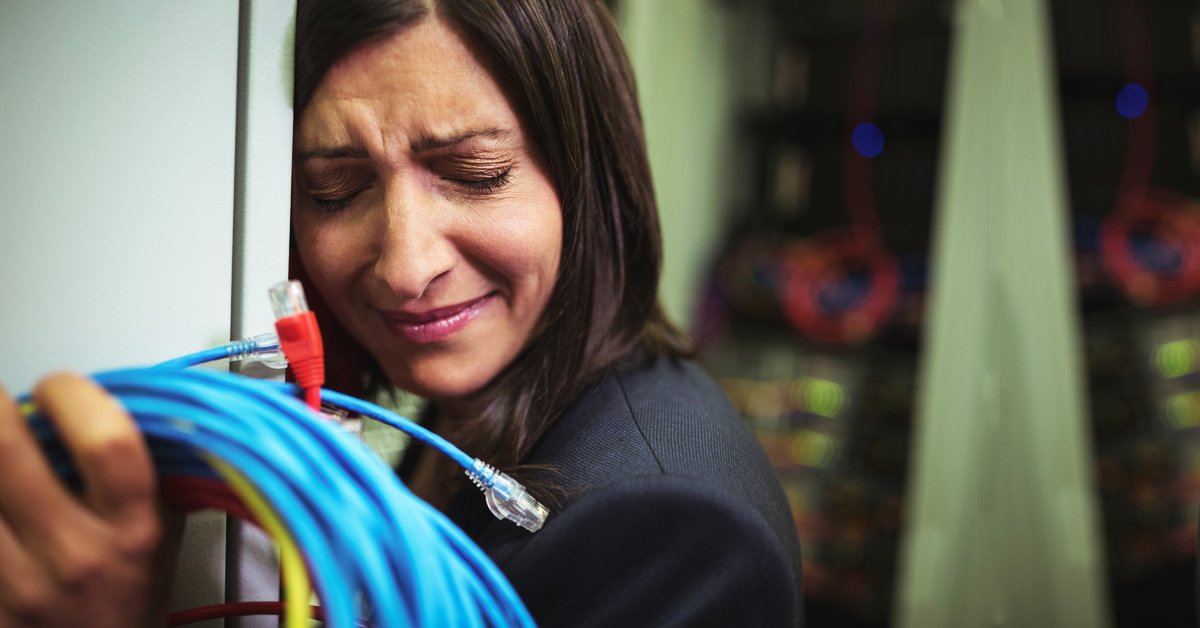 With so many mission-critical processes relying on network connectivity, data center outages simply can’t be tolerated. And yet, nearly one-third of all data centers experience an outage annually. According to an ITIC survey, 86% of businesses say that an hour of data center downtime costs more than $300,000. Worse yet, 34% say the costs of data center downtime can reach anywhere from $1 million to $5 million per hour.

Regardless of the specific costs of data center downtime in your organization, the reality is that 80% of outages are preventable. However, many IT teams make the mistake of attributing a majority of outages to malware and other cyber threats.

While cyber attacks can certainly cause downtime, there’s a more fundamental root cause that you need to address—single points of failure (SPOFs) across your network. By understanding and eliminating SPOFs on your network, you can maximize the effectiveness of inline security tools and increase resilience at the same time.

Understanding Single Points of Failure in Your Network

A single point of failure is a potential risk caused by flawed designs, configuration issues, or system failures that bring your network down. You might experience downtime due to SPOFs in the wake of power outages, appliance failures, software failure, maintenance windows, or application bottlenecks from improperly designed architectures.

Amidst all of these different causes of data center downtime, it’s important to recognize that network security design is a significant factor in understanding SPOFs. As attackers become more sophisticated, inline security tools play an increasingly crucial role in protecting your network. Devices such as next-gen firewalls, intrusion prevention systems (IPS), and data loss prevention (DLP) tools must be deployed on the live network to be effective.

The problem is that these inline security tools create a constant tug of war between network security and downtime. Deploying advanced security solutions to inspect and block threats in real time seems like an obvious component of network design. However, each tool you deploy on the live network circuit becomes a new single point of failure for your data center.

The answer to your SPOF problems isn’t to avoid inline security devices at all costs. After all, they are essential tools for defending your network against malicious activity. Rather, eliminating SPOFs across your network as much as possible requires technology that maintains the integrity of traffic flows under all circumstances. This is where bypass network TAPs play their role in network design.

Bypass technology helps you strike a balance between deploying active, inline security tools and minimizing single points of failure. In the past, you could have active security devices sit directly between routers and switches, bringing the link down for maintenance as necessary. But now that 24/7 uptime and the need for real-time monitoring have become IT necessities, you can’t afford to deploy security tools without bypass technology to eliminate SPOFs.

Bypass technology ensures that in the event an inline device becomes unavailable, traffic “bypasses” that point of failure and is automatically forwarded to the endpoint of your link. There are many NIC-based solutions embedded into modern security appliances that promise to provide this kind of bypass functionality. And while internal software is capable of supporting bypass use cases, there’s still a chance that these solutions malfunction or experience configuration errors. All it takes is one small issue for a bypass-capable appliance to become a SPOF again.

External, hardware-based bypass technology has quickly become best practice to minimize SPOFs across your network security architecture. When you deploy a network bypass TAP, also referred to as a 'bypass switch,' you’re able to manage your inline tool any time without having to take down the network or impact business availability for sandboxing, maintenance or upgrades. Using bypass TAPs to eliminate single points of failure unlocks two key features for network resiliency:

Deploying bypass TAPs gives your traditional inline security appliances a way to see the network without actually being on the network. It’s the same level of effectiveness without introducing single points of failure that could cost your company millions of dollars in downtime.

At a time when IT cost efficiency and system uptime are at a premium, bypass technology gives your data center a level of resilience that supports both.

If you’re just beginning to assess your network and identify single points of failure, deploying bypass TAPs alongside inline security tools will help you start down the right path. These devices offer a number of benefits, including: