Challenge: How do I ensure a copper TAP doesn't cause a point of failure?

Out-of-band monitoring and security tools analyze packet data from the production network to provide insights or alerts for SecOps and NetOps teams to properly respond. Utilizing network TAPs are industry best practice for accessing this data. We are deploying gigabit copper TAPs across our network, but need to ensure this is not creating a single point of failure.

In the event of a failure of the TAP itself, failsafe will engage to keep network traffic flowing, preventing a potential point of failure. Bypass TAPs fully ensure that neither the TAP nor the inline appliance will be a single point of failure (SPOF) in the network.

Copper TAPs utilize a relay with a default state that connects the networking ports together. When power is added to the TAP, the relays open to allow traffic to flow into an internal ethernet switch that copies traffic over to monitor ports set in breakout, aggregation, regeneration, or bypass configurations. When power is cut off, the relays return to their default position where the network ports are directly connected to each other. In turn, keeping the network links up, like there is not a device there.

• Failsafe circuitry is built into Garland's 1G network TAPs.
• If power is lost the relay circuitry will fail-close in less than 8 milliseconds, providing a connection between the network elements.
• Traffic can continuously flow in the event of a power failure. 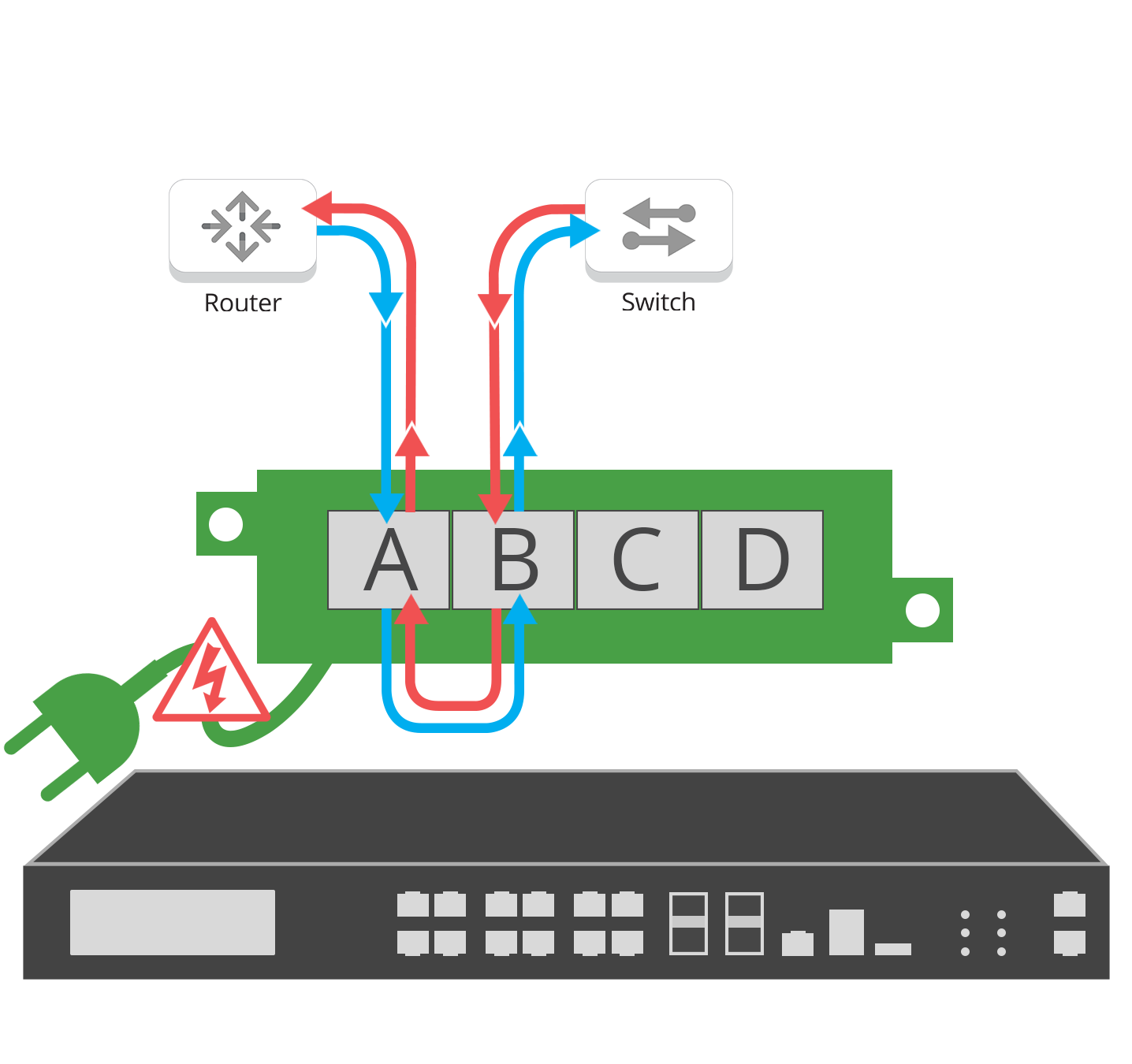 Find Your Copper TAP
Back to Copper