Challenge: How can I mitigate critical infrastructure risk on legacy connections ?

Most security solutions are not supported by our legacy 1Gbps OM1 fiber connections.  A cyberattack in the energy sector is possibly the most devastating scenario of all industrial cyber threats. We need to deploy and manage a security platform, utilizing 1Gbps copper links to enable faster detection and response to ICS/SCADA risk.

Not only do these TAPs bridge the gap between various media types, solving connectivity issues without having to upgrade existing infrastructure.

• Collect traffic from two sources and output it on a single 1 Gbps link. 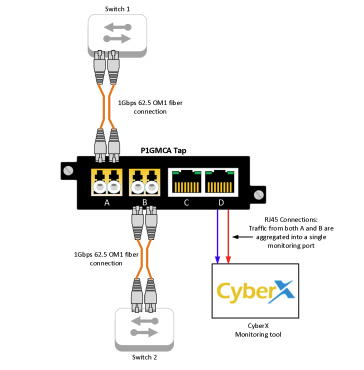 Find Your Media Converter TAP
Back to Fiber