We created this solution brief as a web page for better mobile optimization and accessibility. If you'd still like a PDF version of this use case, you can download it here:

The LiveAction and Garland joint solution works hand in hand to provide deep visibility into every bit and byte level in any Enterprise or Data Center network. Garland Technology’s EdgeLens® Bypass Tap and In-line Security Packet Broker System connected to an active, inline appliance provides a complete copy of network data to LiveAction’s tools such as LiveCapture and LiveWire. Using the LiveAction LiveNX and Omnipeek® applications, IT and network operations personnel can then connect to the data from anywhere, anytime, and perform real-time monitoring and real-time/delayed analysis of application and network behavior. The result is improved application performance, enhanced customer experience and increased business continuity and security.

• Delayed Resolutions due to reduced visibility into critical application/network data, when/ where needed.

• Full Network Visibility leaves no blind spots for network investigation or security planning. Network data is monitored in realtime, and stored for a playback analysis.

EdgeLens provides visibility for a hybrid configuration of an active, in-line network device and off-line or “out-of-band” tools, such as LiveAction. EdgeLens provides identical network traffic streams through the active inline device and to the capture engine of LiveAction LiveWire or LiveCapture. The benefits of both devices seeing the same traffic are: 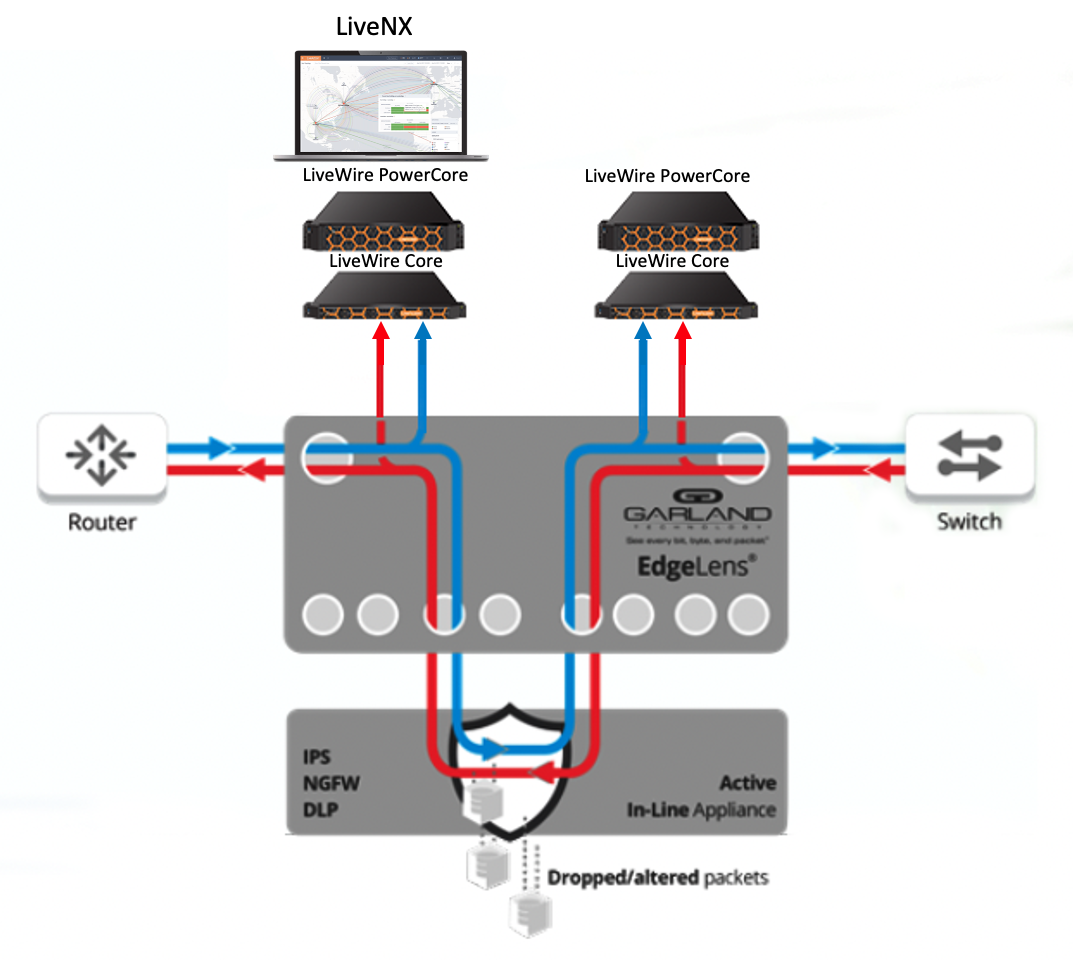 • Robust Security through network forensics and event correlation for before, during and after an alert or event. 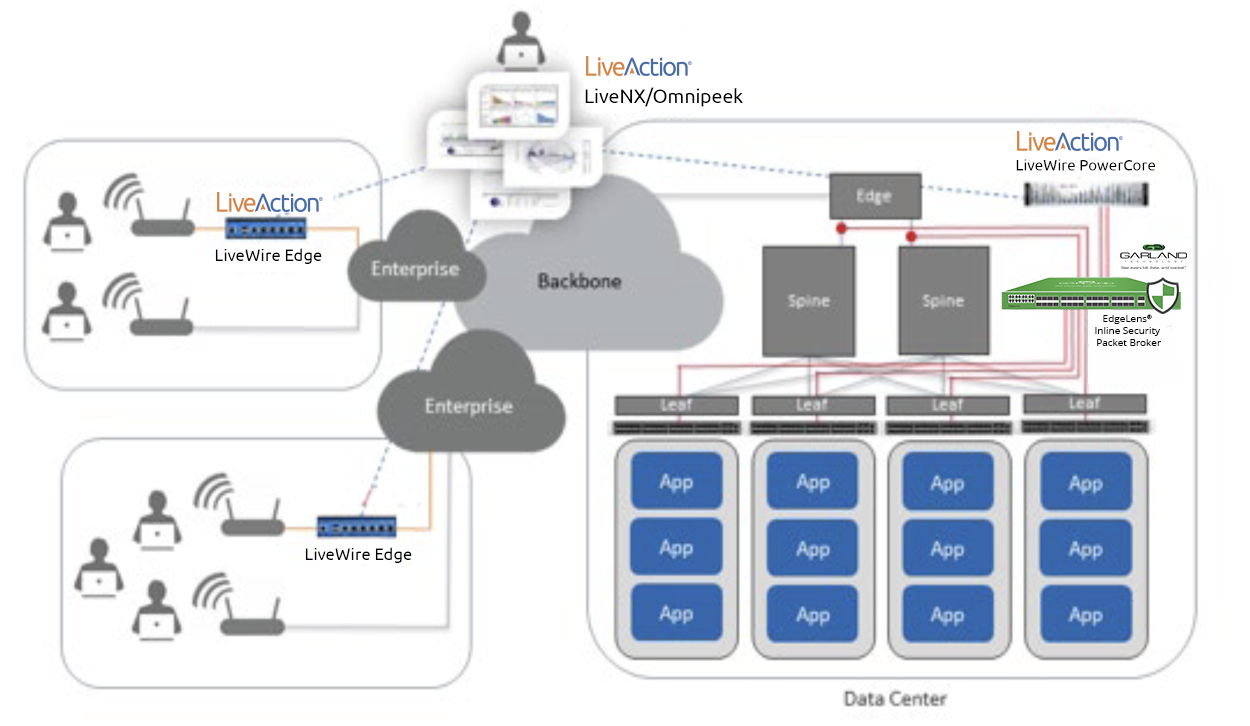 LiveAction provides end-to-end visibility of network and application performance from a single pane of glass. Enterprises have confidence that the network is meeting business objectives. IT administrators have better decision-making visibility and this reduces costs. By unifying and simplifying the collection, correlation and presentation of application and network data, LiveAction empowers network professionals to proactively and quickly identify, troubleshoot and resolve issues across increasingly large and complex networks. To learn more and see how LiveAction delivers unmatched network visibility, visit www.liveaction.com.

Garland Technology and LiveAction provides a continuous application and network performance monitoring solution. Looking to add this solution, but not sure where to start? Join us for a brief network Design-IT Demo or consultation. No obligation - it’s what we love to do.