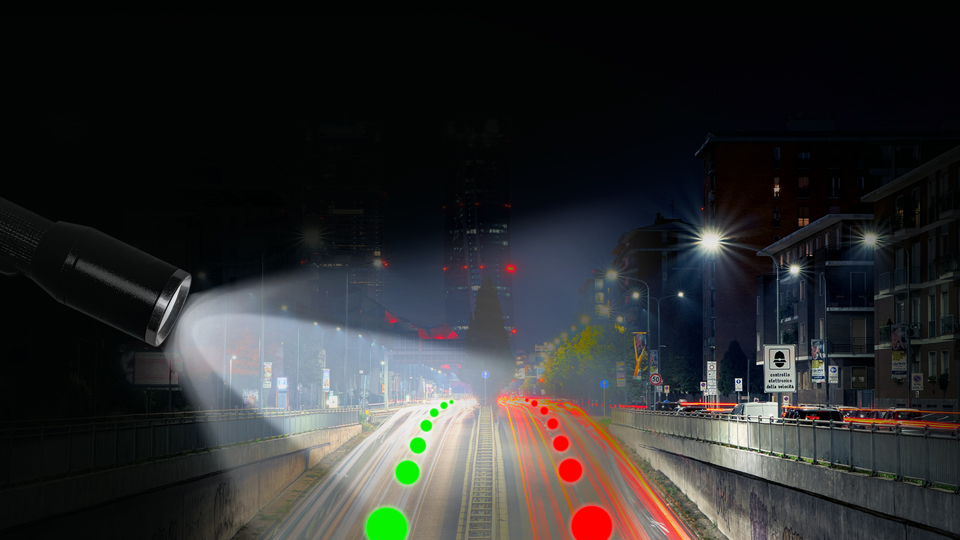 Cybersecurity and network visibility go hand in hand. Without a holistic, complete view of every packet that travels in and out of your company, even the best, most advanced security tools will fail to provide adequate protection.

Unfortunately, network blind spots are all too common. As networks grow in both size and complexity, maintaining 100% visibility is a challenge. Evolving technology solutions, ever-increasing volumes of data, and the continuous expansion of the network edge mean IT managers often feel like they are facing a near-impossible task: securing what they can’t see - perhaps even when they're unaware.

It’s well documented that blind spots can lead to performance issues but, more significantly, they can also be the gateway for a malicious attack.

Cybercriminals are also becoming more sophisticated. The rise of business email compromise attacks and the recent Colonial Pipeline ransomware incident highlights the effort and strategy today’s threat actors are putting behind their attacks. For organizations, this means that even a small visibility gap could allow attackers to find a foothold within your network.

What are network blind spots?

A blind spot is any hidden segment or device in your network, which your monitoring tool(s) cannot detect. Because you can’t see or monitor these areas, it’s impossible to know what’s happening in them or analyze the data between certain network segments.

Often, blind spots go undetected but, in some cases as the network expands, they become apparent. Particularly when data packets containing sensitive information suddenly vanish, only to appear in another system on your network hours later.

Where are network blind spots and what causes them?

Blinds spots can appear anywhere on your network. Most commonly, though, they’re found at the network edge. There’s no single cause for blind spots, but below are the most common reasons they occur:

New installations: Any new network equipment or applications that are installed could lead to blind spots if they are not properly architected to monitoring tools. Moreover, adding new equipment or remote locations to your network can increase complexity, making it more difficult to maintain visibility into what’s happening in different network segments.

Packet loss: SPAN or Port mirroring is a network switch software function. They work by ‘mirroring’ network traffic from your switch to your network tool for monitoring. However, these solutions aren’t accurate and reliable enough for today’s complex networks. Often, when they are oversubscribed, SPAN ports will drop packets, creating blind spots. In cases where a packet is errored or malformed, SPAN ports may also disregard this data, also known as packet loss.

Virtualization: While virtualization can be great for efficiency, the introduction of container-orchestration systems like Kubernetes has created real-time visibility challenges.

IoT and the Cloud: Network monitoring used to be a much simpler task. It was focused on the perimeter: monitoring traffic that traveled into your network, to your data center, and out again. Now, with the proliferation of cloud computing, smart devices, and remote working, most traffic now travels East-West. This means that it bypasses the enterprise core and the traditional security and network tools that sit around it.

Shadow IT: Employees feel more empowered than ever before to use third-party applications to stay productive. However, productivity and efficiency often trump security. Your employees may be sharing data with unknown applications or unmanaged devices, leading to visibility issues.

Encrypted Traffic: Many network monitoring tools don’t have the capabilities to inspect encrypted traffic. This results in serious visibility gaps and poor management of network traffic.

What challenges do blind spots pose to cybersecurity and performance?

Each blind spot on your network can be used as the basis for a cyber-attack. If a threat actor manages to get a foothold in your network, the fallout could be huge. IBM found that the average cost of a data breach in 2020 was a startling $4.24 million. But it’s not just the financial impact that matters. There’s also the potential loss of customers and damage to brand reputation that is at stake when a company suffers a breach.

Not only that, but blindspots make performance monitoring much harder. Without holistic visibility, you may miss a critical issue that causes an outage on your network. This can severely hurt the bottom line. As Gartner found, the average cost of IT downtime is $5,600 per minute. Additionally, devices located in blind spots areas are also hidden from view. This means that, if they have a configuration issue or an error occurs, they could have a knock-on effect on network performance, possibly creating congestion.

Finally, for IT teams, network blind spots simply make their jobs more difficult. Without complete network documentation and a full picture of the network, your engineers and architects will struggle to solve problems. Moreover, security team members will constantly be on the back foot, forced into reactive incident response rather than proactive defense.

It’s impossible to guarantee security and efficiency without visibility architecture. If you are able to shine a light on network blind spots, you are automatically reducing the likelihood of a cyber-attack, while making your IT team’s jobs much easier and productive.

Strong visibility enables proactivity; it allows the IT team to find and troubleshoot issues faster, based on holistic insights and patterns they can see from network monitoring. This, in turn, reduces the likelihood of downtime and network congestion, which both tend to drive up costs.

Furthermore, end users - be it employees or customers - will benefit from strong visibility architecture. Both employees and customers seek a consumer-like experience from the applications they interact with. They expect them to be fast, responsive, and always-on. Ensuring continuous, reliable uptime is a must to maintain a competitive edge.

Of course, visibility doesn’t necessarily equate to instant uptime - but it does enable you to find and remediate vulnerabilities before they cause trouble.

What is network visibility?

Network visibility is the antithesis of network blind spots. It’s the ability to have a complete, holistic, real-time, and trusted view of your network. Due to the growing complexity and uniqueness of enterprise network architecture, there is no blanket approach to creating network visibility. Achieving complete coverage requires proactivity and a combination of tools.

A good strategy should start with network performance monitors (NPM). These can be used to discover parts of your network that are underperforming, indicating a potential blindspot.

NPM’s can be used in conjunction with SPANs but, as we explored above, these solutions are not 100% reliable for continuous monitoring, which is why network TAPs are the industry standard as a more secure, efficient solution.

Network TAPs are purpose-built hardware devices, which allow you to analyze network traffic by copying packets, without impacting network integrity. These devices are typically placed between network devices, such as switches, routers, or firewalls, and copy both sides of the traffic flow. The more TAPs you deploy, the more likely you are to reduce blind spots within your network.

Looking to add network TAP visibility to your deployment, but not sure where to start? Join us for a brief network Design-IT consultation or demo. No obligation - it’s what we love to do.

Design-IT Solutions: How to monitor your 100G network with incompatible tools