2015 taught us many things, like companies can be breached and many Gigabytes of data can be siphoned off without the company even knowing about it. Even our super secure government sites and health providers were successfully hacked and millions, if not billions, of citizens’ personal information was stolen and sold on the Dark Web.

Here Comes 2016—What Are the Major Concerns Going Forward?

Medical records and personal financial information will still be a big target as this information can earn money almost immediately for hackers. I also see hackers focusing on the future by stealing information about children, like with the huge VTech breach. The information on children gives the attackers the ability to hack the futures of the children with financial attacks before they are even old enough to know about credit.

The type of vulnerability that scares me the most is in the control industry interfaces that run our critical infrastructures—oil, gas, water, power and military. Attacks on the control/industrial arena vulnerabilities are possible because most of these devices are old analog devices that are slowly being interfaced with the digital world and security is an afterthought! These older devices are used for controlling nuclear and coal power plants, sewage facilities, including our water purification plants and almost all of our worldwide production plants, from explosives to paint to cars.

Control systems for production plants from old SCADA systems to the new robotics of high-end facilities will be a very big target especially for the state-sponsored hacker attackers. I believe that we will see more hacks from these organizations, as well as, non-state actor groups that prey attacks on  military and police forces.

Some other major dangers to consider in 2016 are the IoT (the Internet of things), ships (the maritime arena), loading and distribution facilities, and yes even in the air control, airplanes, satellite control and the military unmanned aerial vehicle (UAV’s). The U.S. government must feel that UAV’s are a danger since they are making registration mandatory, which is silly since anyone can buy them and terrorists are not going to register one and then use it in an attack.

My prediction of 2016 will be like 2015 with the standard (but deeper) cyber attacks and the resulting data leaks. However, we will see more attempts to hack our control systems worldwide. There will also be more dynamic attacks on our financial sector and we will see many more state-sponsored attacks from China, Russia, North Korea and the ISIS/terrorist groups.

For example, in late 2015 we saw that the Russian hackers (the Turla Group—a Russian state-supported group) using an advanced persistent threat (APT) to take over a satellite to hide command and control of their servers on earth that they were using for other crimes and data breaches.

We MUST be more vigilant and enhance our network and data visibility plane to allow us to easily see the attacks—hopefully before they are successful. By seeing the aberrant behavior that accompanies cyber attacks, action can be quickly taken to mitigate the attack. As we move forward into 2016, take note of these key steps you can take to improve security:

2016 Step 3: Start NOW and download my white paper, How to Determine your Baseline Traffic. 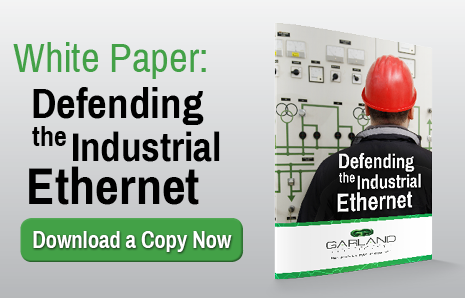