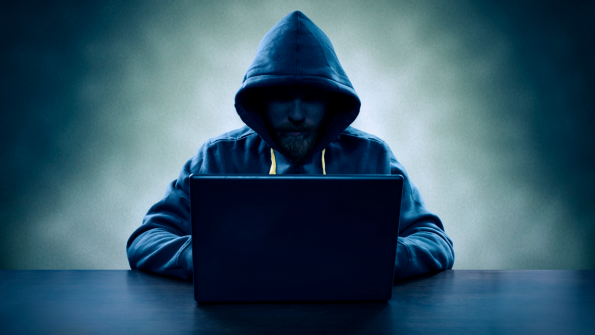 There’s nothing spookier than an unknown hacker accessing your data. Here’s your monthly roundup of the latest hacks and data breaches around the world. In this series, I’ll share information and updates on the most recent hacks that I saw in the news, including causes, resolutions, and what you can do to protect your data.

Over the last several weeks, there was some scary stuff happening in the cyber security world. Major data breaches happened in the retail, healthcare and school systems.

I would be spooked if I walked by a retail store and saw inappropriate content on their advertising display screens, especially if I had my kids with me. That is what happened to many customers of ASICS, when the company was hit with a major cyberattack. There has been no report of who hacked into their system or if there was any data stolen, but the screens were immediately turned off and an investigation has started. Cyberattacks of this kind can affect the reputation of  a company, although ASICS has handled it very well so far and made a public apology to their customers. Read more.

Everyone fears the costs of a ransomware attack. The city of Baltimore was victim to a ransomware attack, with the hackers demanding a payment of 13 Bitcoin, which the city denied. The overall cost of this attack to the city of Baltimore was $18.2 million, can your city afford that? Me neither. What Baltimore did not have set in place was simple policies to back up data systems. This was an expensive mistake. Make sure you have your i’s dotted and t’s crossed when it comes to cybersecurity because it can be expensive when they are not. Read more.

The cloud can be a strange and creepy concept to begin with, but a cloud hacker might as well be a real life ghost. Two online recruitment firms’ cloud data was not properly secure, so when they were hacked, more than 250,000 CV’s were exposed. CV’s contain personal information including phone numbers, full names, and email addresses of the individuals. Both recruiting companies kept their data in AWS buckets, and and an opening was found within the AWS Bucket system. With the cloud becoming a more common place to store data, it is important to take extra measures to make sure your data in the cloud is secure.Read more.

Another cloud database mistake was made by Freedom Healthcare Staffing located in Aurora, Colorado. They left their cloud database with no password protection for over a year exposing almost 1 million healthcare records accessible to hackers. The data included a number of sensitive details such as internal investigation cases, communication records, and contact information of employees and job candidates. Once the issue was brought to authorities, the cloud database was secured with a password and an encryption algorithm. This cloud was clearly not set up properly, which could have cost this company a lot of money. Securing the cloud is just as important as securing any other network. Read more.