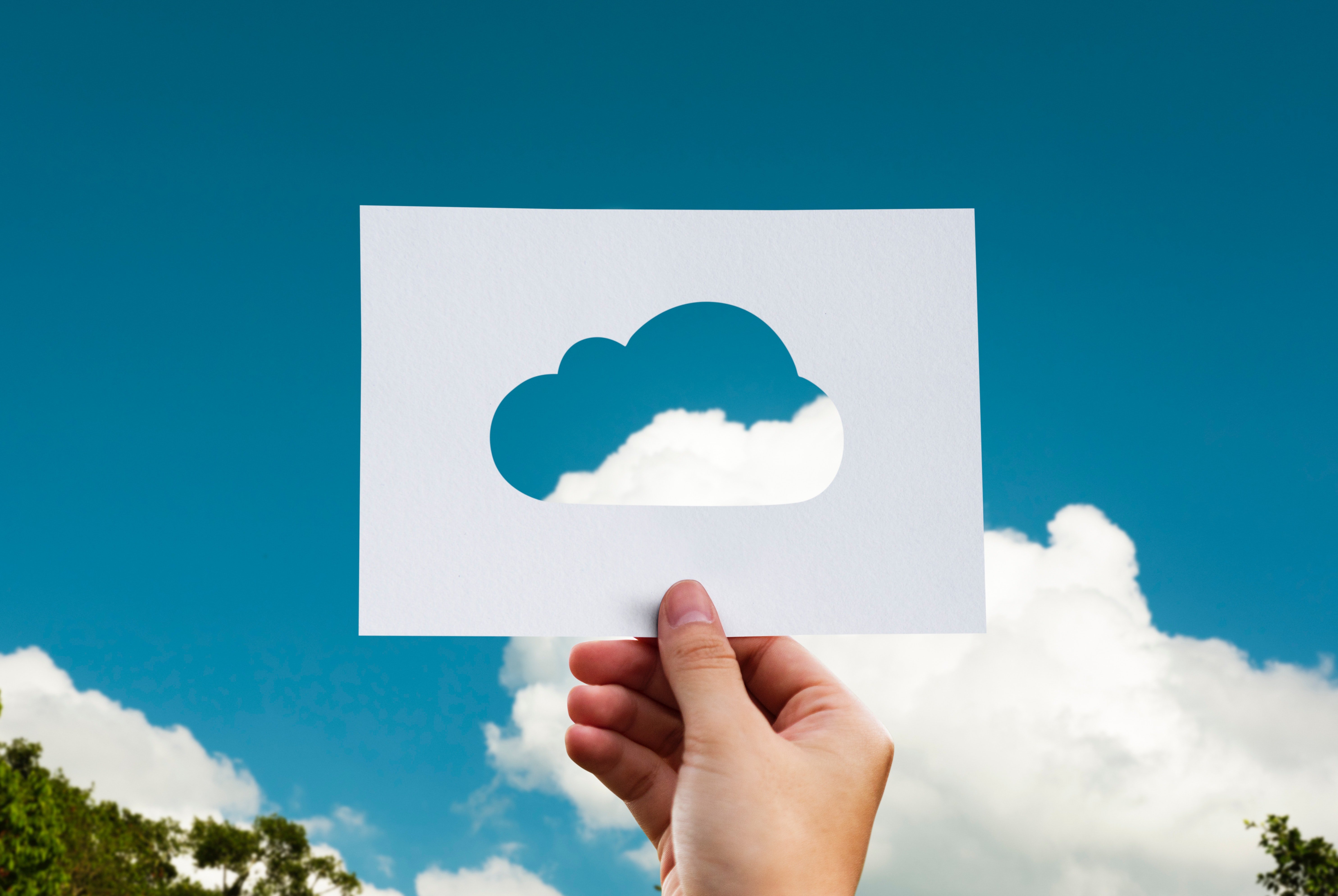 Network TAPs provide the best and easiest way to see network traffic going over the network. Simply plugging the tap into the physical cables between two networked devices will capture each packet sent across that wire. By strategically placing taps across key points in the network, administrators gain full network visibility.

But what happens inside of a virtual environment? 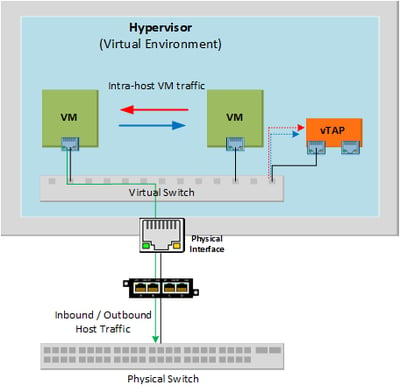 Visibility into a virtual network can be obtained with a Virtual TAP. Adding a virtual TAP into a host can capture the east-west communications between virtual machines. 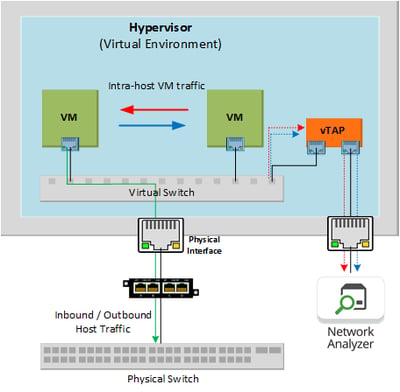 The virtual TAP can then direct this captured traffic out of a physical interface on the host, allowing the tapped virtual traffic to be sent to a physical tool. 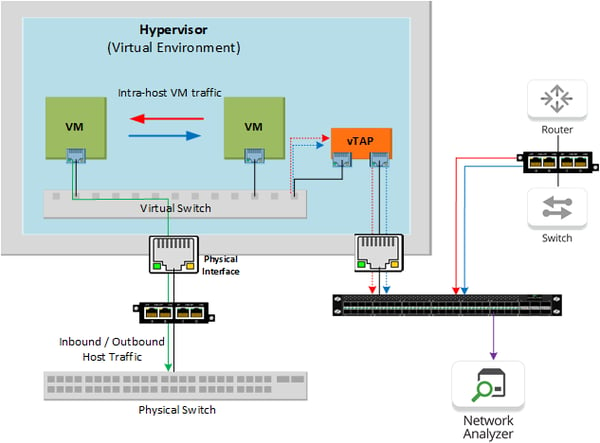 When sending the tapped traffic to aggregation appliance, both virtual traffic and monitor links from physically tapped cables can be combined. This combined traffic offers full visibility into the entire network that can be sent to both network and security monitoring tools.

[Want to learn more about the capabilities of Garland Technology's virtual TAP? Contact a member of our design team to learn how the vTAP can work within your virtual environment.]