Garland TAPs at Work for the SECCDC 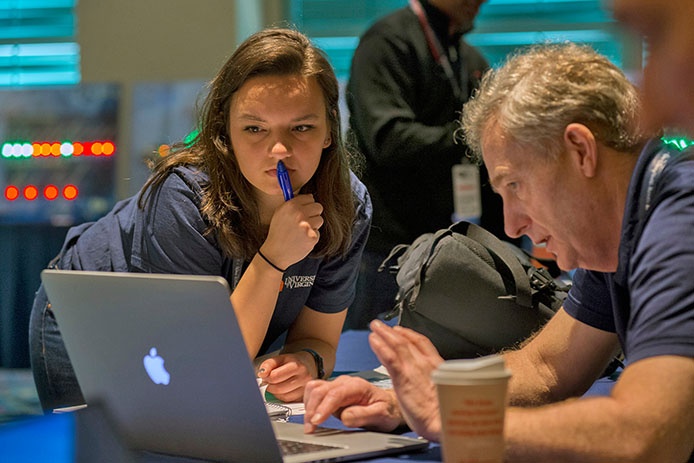 "You have just been hired as the network and security administrators at a small company and will be taking administrative control of all information systems. You know very little about the network, what security level has been maintained, or what software has been installed. You have little time to familiarize yourself with the network and systems and to begin the security updates and patches before 'hackers' starts actively attacking your company. In the midst of all the commotion, you have to keep up with the needs of the business and user demands while maintaining service level agreements for all critical Internet services. Welcome to the Southeast Collegiate Cyber Defense Competition (SECCDC).

Since 2006, The Kennesaw State University Center for Information Security Education has hosted the Southeast Regional Collegiate Cyber Defense Competition. The winner of this three day event advances to the National CCDC event. In this event, student teams compete to keep online services of their fictional companies active and respond to unexpected changes while a team of industry professionals launches attacks against them.

In February, KSU held a Virtual Preliminary Qualification Competition where 33 teams from the region competed to be one of the eight teams to advance to the onsite regional competition. This is a unique event, in that students have the opportunity to interact with industry professionals and discuss the security challenges they will likely face upon graduation.

This year the team from the University of Central Florida went on to represent the Southeast region and competed at the National CCDC Championships in Orlando.

The onsite competition uses a private network to enable student teams to experience the full complexity of keeping systems operational, while keeping the business running in the face of the hacker team’s (industry professionals) efforts to find and exploit vulnerabilities in the simulated business environment.

When the teams took over they had access to the full data stream via a Garland Technology Copper Network TAP providing them full access to every packet on the way in or out of their network. This allowed those teams with the proper skill set to monitor and react to unfolding events.

One of the tools to improve the team’s situational awareness was IBM® Security QRadar® SIEM , provided to the team by a national CCDC event sponsor, IBM. Students were provided training on the use of this cutting edge technology prior to the event by IBM. Teams also had access to an onsite IBM consultant to make the best use of this tool to leverage the data flow provided by the TAPs. In addition to the IBM tool, most teams also took used the Network TAP to implement a Wireshark system to allow on the spot evaluation and analysis of network traffic.

Thank you to Garland Technology for providing the Network TAP to the teams and to the event management network for the past several years.

Herb Mattord, Ph.D., CISM, CISSP completed 26 years of IT industry experience before joining the faculty at Kennesaw State University in 2002. He was formerly with Georgia-Pacific Corporation. He is on the Faculty at Kennesaw State University with the rank of Associate Professor, teaching Information Security, Cybersecurity, and Information Systems. Herb is also the Associate Director, Center for Information Security Education and the Director of Education, Institute for Cybersecurity Workforce Development

Happy Holidays from the Garland Team