In today’s enterprise networks and data centers, IT professionals need visibility and access to the data anytime, from anywhere to perform real-time monitoring and analysis of application and network behavior. As well as the often overlooked scenario - delayed analysis.

Let’s dive into the new Savvius and Garland joint solution, case study and learn more about our upcoming webinar.

With the Garland + Savvius pre-certified deployment solution, enterprise and data center architects are assured the APM/NPM solution they are deploying has:

How it Works: Garland + Savvius:

EdgeLens®, Garland’s hybrid bypass TAP with packet broker functionality provides visibility for a hybrid configuration of an active, in-line network device and off-line or “out-of-band” tools, such as Savvius. EdgeLens provides identical network traffic streams through the active in-line device and to the capture engine of Savvius Spotlight or Omnipeek monitoring and analysis applications. 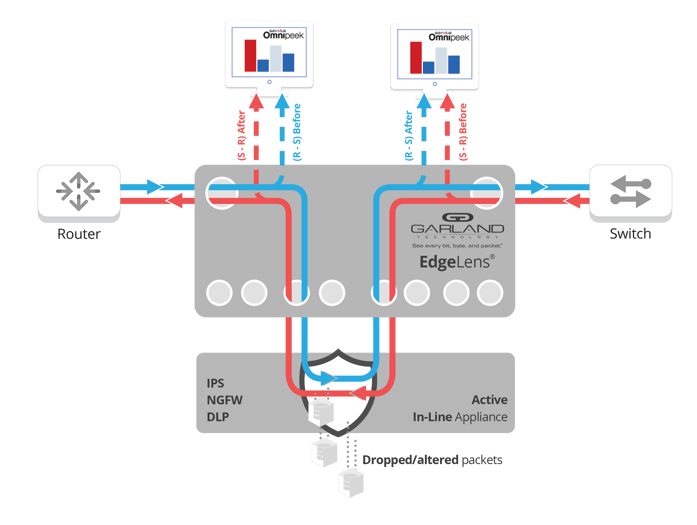 The Benefits of Both Devices Seeing the Same Traffic:

The Garland + Savvius pre-certified solution was recently deployed to provide real time tracking and analysis of big data to IT Forensics, that included packet captures permissible for legal evidence in criminal trials.

Watch our Joint Webinar: Visibility by Design for APM/N

With the spine leaf architecture and increased virtualization in the data center/private cloud, network architects and CIOs are challenged with how to scale the visibility cost effectively. In this webinar, Chris Bihary, CEO of Garland Technology and Nadeem Zahid, Head of Strategy/BusDev at Savvius, will discuss:

Watch the recorded webinar on our Savvius Technology partner page.