on 11/8/16 8:00 AM By | Garland Technology | 0 Comments | TAPs vs SPAN
Today network, security and management pros require 100% network uptime while maintaining full network visibility and access. The two most common methods to access network data are via a Network TAP or from a SPAN port. In the latest 101 Series: TAP vs SPAN infographic, we trace the origins and functionality of both. Did you know Garland Technology’s CTO/Co-founder Jerry Dillard developed the bypass TAP? Or that TAPs are approved for use in CALEA lawful intercept cases? Click below and take a look at the new TAP vs SPAN infographic and compare the difference. Which do you use to feed your tools?
Read More

on 3/29/16 8:22 AM By | Garland Technology | 0 Comments | Network Security Network Visibility/Monitoring
Over the last twelve months, the sprawling hacktivist collective known as Anonymous has marshalled its resources against ISIS, the Klu Klux Klan, and now Donald Trump. Although these campaigns appear to position the group as a crusader in the name of social justice, its tactics are sending more legitimate organizations scurrying for cover. In order to prevent themselves from being attacked, businesses—even those apparently unrelated to Trump—must now renew their attention to DDoS mitigation and DLP by enabling greater network visibility.
Read More 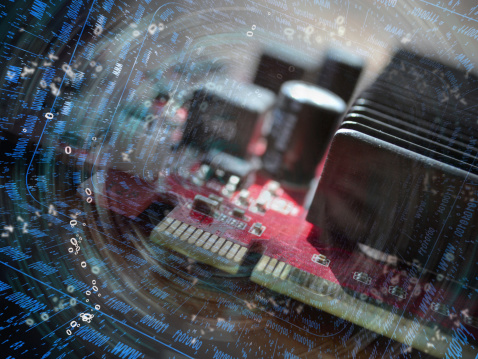 on 1/8/15 5:23 PM By | Garland Technology | 0 Comments | Data Center Network Management
The growth in size of data centers – from bandwidth to traffic and beyond – is no secret. However, fewer stakeholders in network management are leveraging application performance monitoring (APM) in consideration of these technological advances.
Read More

Network Intruders On The Loose 24/7: Are You Protected?

on 12/10/14 7:16 PM By | Garland Technology | 0 Comments | Network TAPs Network Design
With the creation of the Internet, the world gained unthinkable communication and information access. But this revolution also brought a new form of crime and opportunities for theft. Network intruders and malware have become legitimate, prevalent concerns for any business owner. The first network-borne infectious programs were developed to contaminate multitasking Unix systems. One of the first noteworthy cases of malware was the Internet worm of 1988, which infected SunOS and VAX BSD systems, exploiting network security weaknesses in server programs and running itself as a separate process.
Read More

on 11/19/14 11:30 AM By | Garland Technology | 0 Comments | Network Management Network Design
Even the most robust networks managed by expert IT professionals experience downtime. The network security appliances you’ve spent thousands of dollars purchasing and countless hours implementing are worth nothing if you experience network downtime that renders them unable to do their jobs. That said, strategically managing those risks makes a significant difference – and saves you plenty of money.  The True Cost Of Network Downtime When businesses analyze the cost of projects or potential risks, it’s easy to have some level of tunnel vision and omit certain expenses. Calculating the cost of a network failure or outage is no different. There are a number of depictions of the unthinkable costs incurred by these issues, and some of the most staggering are listed below:
Read More

on 10/29/14 10:56 AM By | Garland Technology | 0 Comments | Network Management Network Infrastructure Network Design Network Packet Brokers/Advanced Aggregators
Your edge devices play a critical role in your network management. While the muscle (or core) of your network does the heavy lifting – forwarding packets of data to other network layers – the edge houses crucial functions such as network security and content filtering. Whether in the LAN, WAN or data center, devices on the network edge require much greater performance capabilities. The edge of your network simply requires more protocols and features, which means greater configuration. But configuring the right set of appliances and devices is a complex ordeal. Joel Snyder of BizTech recommends that you “switch where you can, [and] route where you must.”
Read More
Previous All posts Next