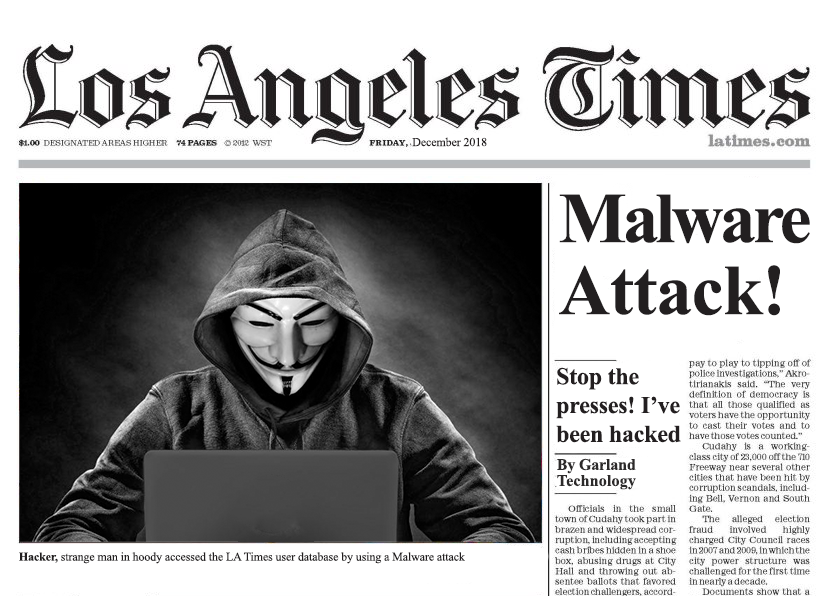 2019 is not off to a great start. We have already seen successful cyber attacks and data breaches across all industries including local and federal government, media, and gaming.

This is a very unique data breach because it’s not just one entity that has been affected. The collection of 772,904,991 emails and 21,222,975 passwords from multiple sources is what could be the largest data breach of all time. The data breach is being called “Collection #1” and was reported by Troy Hunt, a director at Microsoft, on his blog. He found the incident after multiple people made him aware of a large collection of files on MEGA, a popular cloud service. People can check to see if their information was stolen by putting in their email into a website Hunt created called “Have I Been Pwned?”. As a precautionary action, I would change your email password if you think any of your data was stolen from this data breach.   Read More.

At the very end of December, a cyberattack disrupted the printing of the Los Angeles Times and other newspapers in the San Diego and Florida areas. A computer malware attack on the network infrastructure of Tribune Publishing delayed the printing of the papers, but it was still able to go out. It is thought that the hack may be politically motivated, and if so, that impacts a new territory in recent political cyber security threats on the media. Luckily in this attack there was no data compromised, only the publication of the paper was impacted but this is an important lesson on how an organization can be affected in other ways that stolen data.  Read More.

The online video game, Town Of Salem, was hacked and 7.6 million users were impacted. Email addresses, usernames, passwords, and IP addresses were among some of the data stolen. The hack was taken care of by the game’s developers as they removed malicious PHP files from their web server. The malicious PHP files allowed the hackers to have a backdoor into their system. For those affected by the hack, I recommend changing your username and password for the game and your email. It is important for companies in all industries, not just the typical banking and healthcare targets, to protect their customers data from hackers like these. Read More.